(ENDWALKER 6.0 MSQ 90 TO BE SURE) just some random string of conciousness on yshtola final fantasy's writing post endwalker...

there are a lot of things i really love about yshtolas character, her ability to speak almost as like a protagonist surrogate and point out a lot of details with almost self aware levels of clarity, her resolve and care for others, hot as fuck etc. and i feel like on the points that have already been explored about her, endwalker delivered really well, ive never loved her more.

so it really bugs me that despite all of that she still feels kind of... flat, it feels like when i try to look on her writing in retrospect i have to actively Try to be happy with whats there. which feels sad considering the events towards the end of 6.0 where it feels like the old guard of the scions are all kind of retiring to their own thing (not really like we'll all be together again but like, it feels as though the writers were sending them off...).

this is like, very personal preference ofc, ive heard that many ppl think shes fine as the static character who drives the plot forward. but it really feels dissatisfying and unfair and that theres still potential to explore more facets of her. literally every scion has had their character thesis arc (some of them twice over) where theyve hit a point of rock bottom and had to fight their way to become a better person, thancred had his grief, urianger learns to depend on others and not keep hiding everything for the 'greater good', graha learnt how to, not fucking die ig, etc etc. 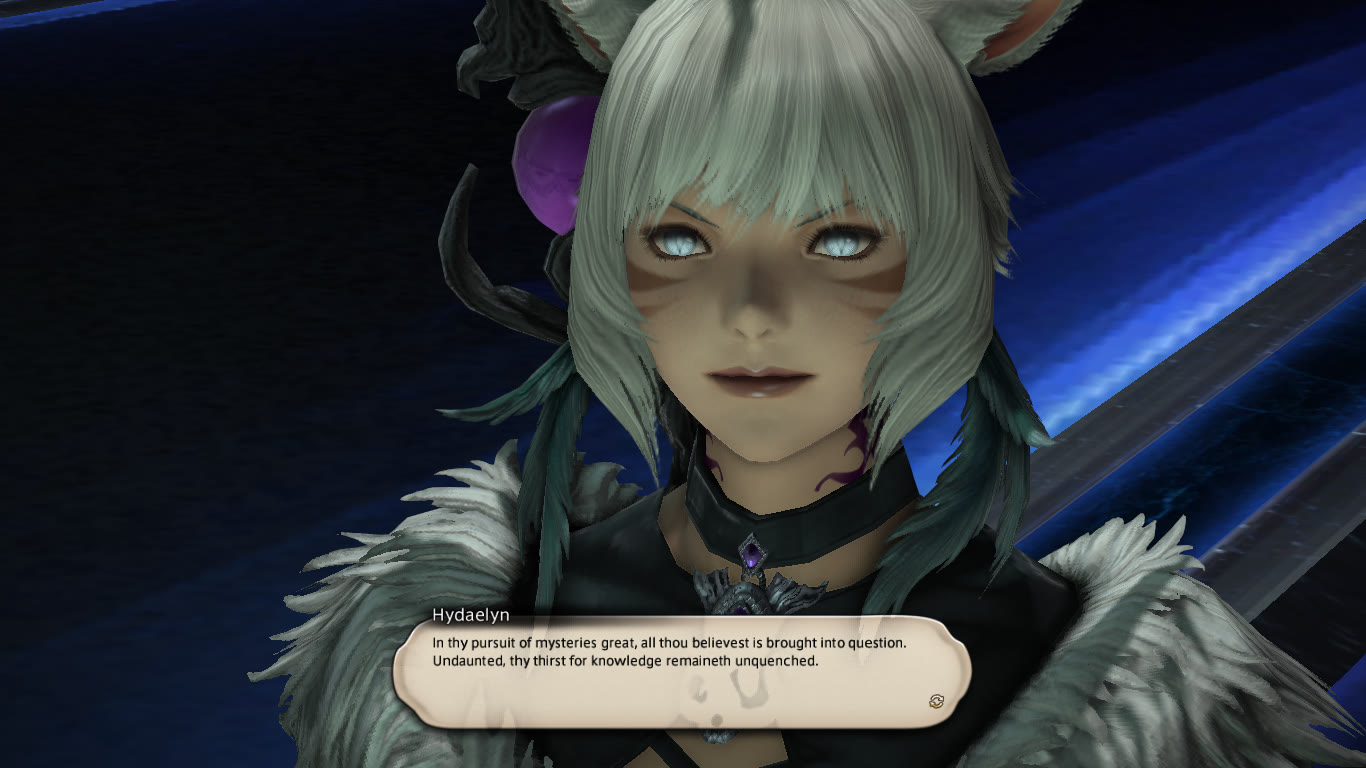 when these thesis' were basically spoken to Directly by hydaelyn herself, yshtolas revolved around having everything she believed brought to question, and that undaunted by that her thirst for knowledge remained unquenched, but i almost kind of, didnt believe it? it makes perfect sense in hindsight but every discovery that recontextualised everything WE were also present and doing the same, so it felt weird to point that out for her specifically since, she never really has time to sit down to reason and contend with new knowledge, the plot just kind of moves on.

but ignoring that, i only feel like this because there Have been times where she shows a hint of struggle, where instead of her being the rock for everyone, the player is put into positions to worry and care for her, her time with the nights blessed and runar for example. and i feel like its because we dont really get enough time to see her sink deep into these bits like we did with alphinauds worldview being shattered, or rynes climb to becoming and accepting herself as her own person that we just havent been given a long term opportunity to help her develop...

i just hope that, now that we have a period where the scions are striking out alone, that we can get a more personal story for her as she fights for her personal goal of traversing the rift. anything from something general like, reminscing on our time to idk, being given an opportunity to see her confronting with her mortality (this catgirl has been through so many deaths) in trying to achieve her goals and getting more on what drives her??

but i was hoping for something before endwalker anyway so i probably shouldnt get my hopes up. 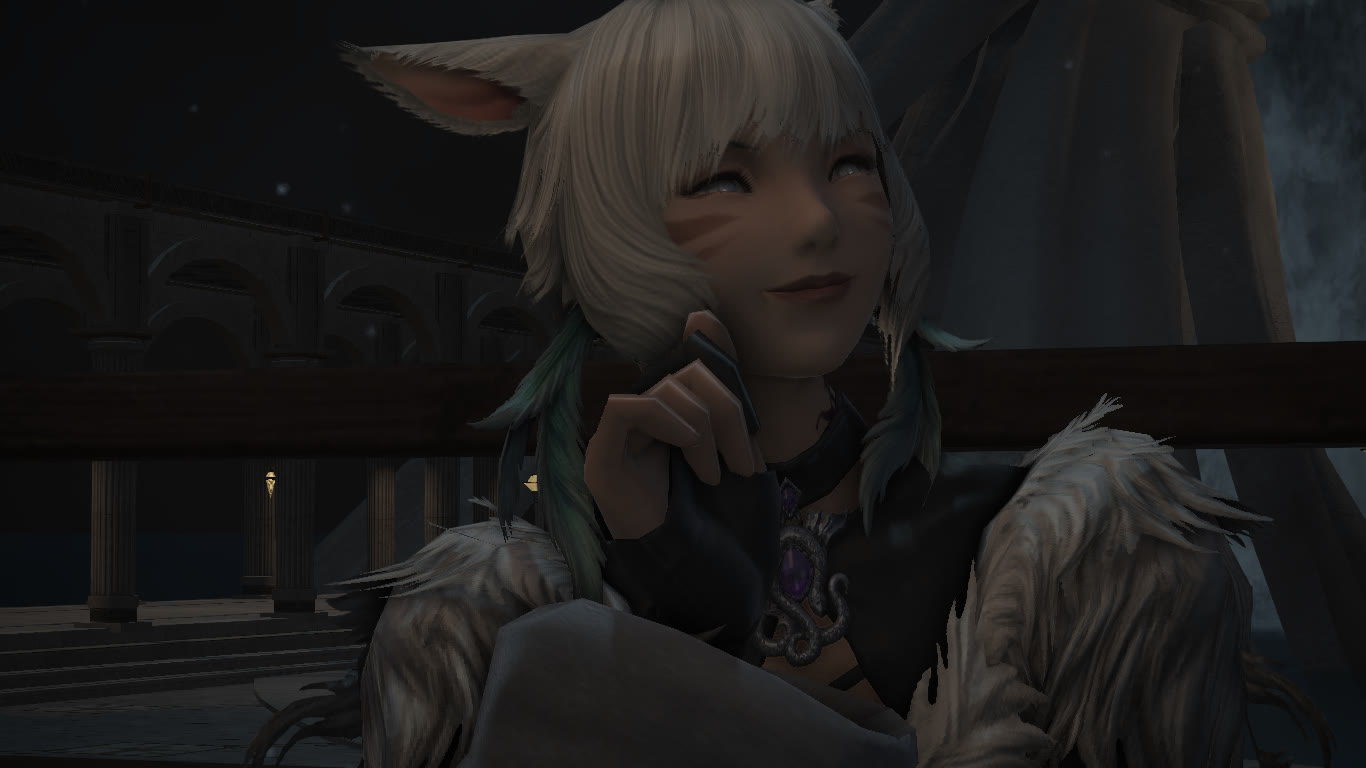